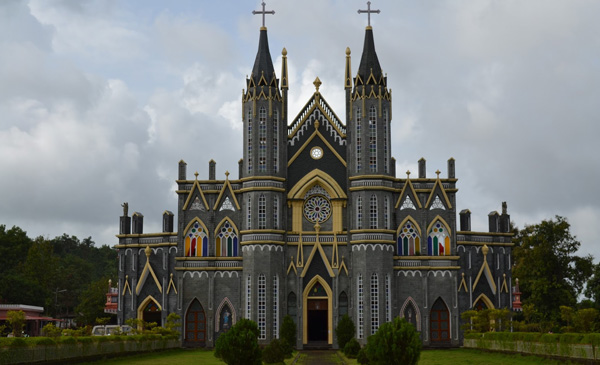 Welcome India, You will be received by Premium India Tour representative at international airport and assisted to your hotel. In the Hotel you will have a brief description of your tour and the representative will hand over your documents regarding the tour, Overnight at Hotel.

Breakfast at Hotel, enjoy sight seeing tour of Bangalore by visiting The Lalbagh, one of the finest botanical Gardens of India, Cubbon Park laid in 1864 sprawling across 300 acres, Vidhana Soudha built in 1956 housing The State Legislature and Secretariat Drive to Mysore. This imperial city was the erstwhile capital of the Wodeyars. The legend takes its name from a famous demon called Mahishasur, a great warrior who ruled as a tyrant until he was killed by the goddess Chamundeshwar, on arrival check-in hotel. Rest of time at leisure. Overnight at Hotel.

Breakfast at hotel, later enjoy city sightseeing tour of Mysore.by visiting Royal Palace with a magnificent Durbar Hall, particularly splendid during the Dussehra Festival when the Maharaja's jewellery, studded gold throne (weighing 200 kgs) is on display. Chamundeshwari temple perched on a hilltop is 2000 years old, Nandi Bull half way to the hill is a 4.8 metre monolith. 19 km north-west of Mysore is the KRS Dam and the ornamental Brindavan Gardens. The musical fountains and colourful lights transform this place into a fairly land in the evenings. Overnight at Hotel.

Breakfast at hotel, later drive to Madikeri. Muddurajakeri named after the first ruler Mudduraja from this place since 1681 later became Madikeri. It is a picturesque hill town with The enchanting fragrance of coffee.. The aroma of fresh cardamom or Black pepper and Coorg honey.. The holy river Cauvery.. The air is noticeably very cooler and this climate and hilly terrain of Coorg inspired the British to occupy the area for over 100 years and they called it as “The Scotland of India”. With an austere beauty this god gifted pollution free, calm and quite land of mountains cordially invites you to enjoy and explore the land. Rest of the time at Leisure. Overnight at Hotel.

After a hassle-free breakfast in the morning, enjoy the full day sightseeing tours of the town. Including visit at Abey Falls or Abbi Falls, Raja's Seat, Madikeri Fort, Omkareshwara temple, Gaddige - Raja's Tomb, Gaddige Tomb, Rest of time is free to enjoy by your own. Overnight at Hotel.

After a relaxed breakfast in the morning, drive to Hassan. On arrival check in your hotel and In the afternoon, enjoy guided excursion to Belur and Halebid.Temples. Belur temple took over 103 years to build and is a classic example of the Hoysala style of architecture. It rises like a wedding cake in stone, from a star shaped plinth, one of the hallmarks of Hoysala building design. From the base upwards, there is an extraordinary wealth of decorative detail; every available inch is crammed with intricate carvings. In one frieze, 650 elephants jostle one another in a continuous line. Many of the figures of full blossomed women depicted at Belur are believed to be portraits of King Vishnuvardhana's queen. Halebid - 16 km east of Belur and 27 km from Hassan, the Hoysaleswara Temple dating back to 12th century, is astounding for its wealth of sculptural detail. The walls of the temple are covered with an endless variety of gods and goddesses, animals, birds and dancing girls. Yet no two facets of the temple are the same. The magnificent temple -dedicated to Lord Shiva guarded by a Nandi Bull was never completed despite 86 years of labour. In the inner sanctum, the star black lingam, the symbol of Shiva, is still worshipped. The carving at the door is ornate with small details. Overnight at Hotel. .

After hearty breakfast in the morning, drive to Hospet. As has been called the gateway to Hampi, Hospet stands proud of the Tungabhadra Dam which keeps the river. There is a garden in the Japanese style at the base of the Dam which also a site to visit of this historical city of Hospet. Rest of the time at leisure. Overnight at Hotel.

After hearty breakfast in the morning, enjoy full day excursion to the Hampi ruins. Hampi is the erstwshile capital of the Vijayanagar kingdom; Hampi is full of delightful surprises. Like the King's Balance where kings were weighed against grain, gold or money which was then distributed to the poor, the Queen's Bath with its arched corridors, projecting balconies, the two-storied Lotus Mahal with recessed archways, the huge Elephant Stables, the splendid Vittala Temple with its musical pillars and the Stone Chariot, the Virupaksha Temple, still used for worship, Ugra Narasimha, the 6.7 m tall monolith, the Mahanavami Dibba. Return back to hotel for overnight stay.

In the morning drive to Badami. on arrival check in to hotel. In the afternoon, enjoy tour of Badami. Picturesquely situated at the mouth of a ravine between two rocky hills, the exquisite sculptures and the rust red sandstone cliffs of Badami tell many a tale of yore. Climb a flight of steps to reach the four ancient rock-cut caves replete with carved pillars and bracket figures, all hewn out of red sandstone on the precipice of a hill. The largest of them is the third cave, dedicated to Lord Vishnu. The first sculptural embellishment to dazzle the eye is the 18-armed Nataraja striking 81 dance poses in the first cave. Overlooking the caves is the Agastya Theertha Tank, its banks dotted with a cluster of Bhoothanatha temples.North Fort, Rest of the time at leisure. Overnight at Hotel.

After a relaxed breakfast in the morning, enjoy the full day guided excursion to Aihole A tranquil village on the banks of the Malaprabha river, Aihole is acclaimed as the cradle of Hindu temple architecture. There are hundreds of temples in the villages and fields nearby. The most impressive one is the Durga Temple with its semicircular apse, elevated plinth, and the gallery encircling the sanctum. The Lad Khan Temple, which is one of the earliest temples, was originally a royal assembly hall and marriage mantapa chosen as the abode of a Muslim prince, Lad Khan. The Huchimalli Temple with a sculpture of Vishnu sitting atop a large cobra, the Ravalphadi Cave Temple celebrating the many forms of Shiva, the Konti Temple Complex, the Umamaheswari Temple, the Jain Meguti Temple, and the two-storied Buddhist Temple are other sights worth seeing. Later enjoy visiting Pattadakal.is an art historians dream. It has a set of nine temples built almost in a single file, showing the architects' desire for experimenting in various styles. Pattadakal represents the culmination of early Chalykyan art. Four of the temples here are in the south Indian Dravidian architectural style while four are in the north Indian Nagara style while Papanatha temple exhibits a hybrid style. The Virupaksha temple, he Mallikarjuna temple, The Galaganatha temple, Other temples here include those to Chandrasekhara, Sangameswara, Jambulinga, Kadasiddheswara.Come back to Badami. Overnight at Hotel.

After hearty breakfast in the morning, drive to Belgaum, (earlier known as "Venugrama" or the "Bamboo Village") is one of the oldest, strong, prominent and well cultured historical place nestling high in the Western Ghats. The old town area with cotton and silk weavers stands gloriously besides the modern, bustling, tree-lined British Cantonment. Step out of the forts and you have a wide choice of temples and churches to visit. Later in the day visit the Belgaum Fort and the natural beauty of Jamboti Falls & Gokak Falls. Overnight at Hotel.

After hearty breakfast in the morning, drive to Goa. "Rome of the East", and "Pearl of the Orient" The magnificent scenic beauty and the architectural splendors of its temples, churches and old houses have made Goa a firm favorite with travelers around the world. Goa is much more than just beaches and sea. It has a soul which goes deep into unique history, rich culture and some of the prettiest natural scenery. On arrival check in your hotel, Rest of the at leisure. Overnight at Hotel.

In Goa your are totally free to enjoy and spend your time as per your choice. Overnight at Hotel.

Breakfast at hotel. Transfer to airport for flight to Mumbai. On arrival meet and transfer to Hotel. Later enjoy sight seeing tour of Bombay, drive to Gateway of India and from here cruise by motorboats to Elephanta Caves. A flight of 100 steps takes you to the top of the hill where it is set. The caves houses large pillars that seem to hold the ceiling which is made of cross beams. The picturesque presentations of the 9 marvelous sculptured panels, set on the walls are awe-inspiring. The most famous of the panels is the Trimurthi, or triple-headed Shiva, where the God is depicted as the destroyer, the preserver and the creator. Later visit Prince of Wales Museum, Parliament House, Marine Drive, Jain Temple, Hanging Gardens, Colour ful Craford market. Overnight at Hotel.

Note: Elephanta Caves and Prince of Wales museum are closed on every Monday

After hearty breakfast in the morning, Today you can enjoy the Mumbai as per your own described activities. In time your will be transfer to the International airport to board on flight back to home.