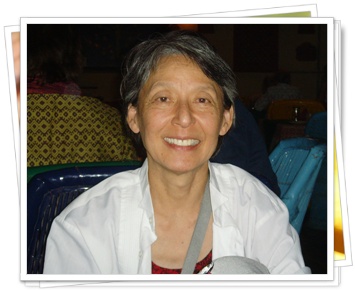 Congratulations and thanks to you for your Golden Triangle Tour! It well satisfied our beginners’ curiosity for the wonders of India. We thank you for your guidance and trust in us, as we didn’t know where to turn with the myriad of possibilities online.

Thank you for your courtesy in your ever prompt email responses.

The following commentary is from our personal experience, for your reference. Money: it would have been nice to be notified that the exchange rate is best online. The tourists could have Indian Rupees in hand on arrival, instead of playing suckers to the worst rate at the Indira Gandhi International Airport. A few extra hundred Rupees do make a difference. Small denomination Rupees make tipping easy. We’re used to self-help in the U.S. but in India helpers rush up and mostly demand to be tipped. Otherwise have a lot of $1 bills ready. The only person complaining of the currency was the elephant boy in Agra. (By the way, elephants don’t go uphill anymore, maybe a blessing in disguise).

Hotels: – a. Palace Heights Hotel in New Delhi: wonderful despite tight quarters, only somewhat hard our promised twin beds didn’t materialize. Construction necessitated ingress/ egress through piles of rubbles, hopefully that’s history by Commonwealth Games this Fall. The attached Zaffron Restaurant is convenient, delightful, with superb service. b. Grand Imperial in Agra and Shapura House in Jaipur: some local flavor, clean/ comfortable with A.C., rooftop dining option, well-maintained grounds. c. Mandawa Haveli: almost not livable, no A.C., cramped, rundown with junky floor rugs, bathroom full of mosquitoes. I did chose this myself, but your judgment was essential since you had seen it I hadn’t, and online reviews were mixed. This is the only place I strongly recommend be dropped.

Itinerary: We skipped lunch everyday so that we were able to finish the scheduled itinerary early, to rest until cooler temperatures at dinner. Delhi was most fun due to its variety of attractions. We found Sikandra and Fatepur Sikri on the way to/from Agra too similar to each other and others and opted to skip. Jaipur was also wonderfully different. Mandawa was another story: it’s so far out – 5 hrs from either Jaipur or Delhi, and so rundown, I believe only die-hards can appreciate it. Now having seen it, I would have chosen it only if much easier to reach because the roads were clogged and with not much to see. Mandawa was not worth the grand effort.

Season: – Online weather info can only be taken with a grain of salt, March was too hot and best be avoided. We were lucky the car’s A.C. broke down in your headquarters Jaipur such that a different car could be substituted. A.C. maintenance cannot be overlooked, especially with constant use. Please thank our driver Narendra profusely for keeping our safety as priority. He didn’t have an itinerary though, I gave him mine brought from home.